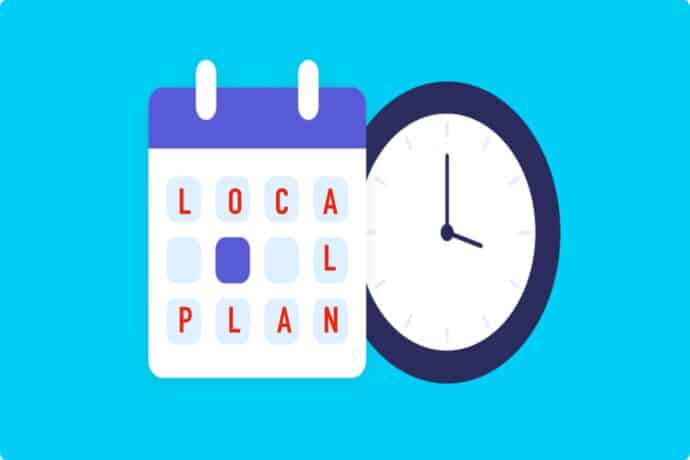 Following a pause in the Local Plan timetable to consider new land submissions, a revised indicative timetable has been drawn up. You can read below the Chief Executive’s rationale behind the new timetable.

This timetable is subject to confirmation after detailed assessment by the incoming Director of Planning:

Regulation 19 publication (the plan as proposed for inspection): Nov. 2023

“This new timetable is to allow us to explore an important new series of site opportunities that were not previously on the table from the call for sites.  As explored recently at Scrutiny – and on which I am extremely grateful for wholehearted cross-party support – there is a difference between a delay against an agreed timetable because we weren’t ready and a revised timetable because circumstances have materially changed and we would all be better off allowing more time to address big new positive opportunities.  This new timetable is because of the latter.  It does also allow us more time to polish and refine the vast bulk of valuable and robust work already undertaken, but that is a fringe benefit, not a decisive driving factor.

“I cannot make public what the new sites are at this stage, as there is a legitimate expectation on the part of the landowner that their ongoing discussions with us are in confidence at this stage.  Clearly that will need to change ahead of the new Regulation 18 proposed date in November.  It is right and proper that post the call for sites stage that we continued a dialogue with major landowners precisely in case of an eventuality like this, and those conversations remain ongoing both with this and other major landowners.

Local Plans are necessarily in many ways an inexact and fluid process – the ownership of land changes, and landowner positions change – and we all have to make the best of where we are rather than imagining that anyone is in full control of the wider situation.  The opportunity that has prompted this new timetable is so materially potentially positive as to be worth it – into the low number of thousands of possible homes that were not previously on the table either in our draft Reg 18 nor in the last Local Plan.  Whilst it may not come to fruition – there are few guarantees in life – it is a sufficiently positive and potentially game-changing as to be worth this new timetable, which I would be otherwise loathe to contemplate.”

“Taking longer to get a Local Plan in place is in no-one’s interest, so this is a judgment about whether the delay is worth the potential prize.  Those handful I have already briefed have all asked ‘what about the Government’s timetable requirements?’ so let me address that.  We have not yet got a clear indication from the Government about their view of the new timetable, but I am content that our rationale is so demonstrably strong that they will fully understand, and that any unintended consequences of a negative reaction from Government are of a sufficiently low likelihood and/or of a manageable scale to make this risk one well worth taking overall, because of the scale of the potential prize – i.e. a low number of thousand homes that we might well now not need to allocate in less suitable sites which were previously on the table.”

“Let me be honest – the last thing I want to do is keep shifting the goal posts and undermine my own credibility by bringing you constantly changing timetables.  I am though calling this an indicative timetable because our new Planning Director, Dean Hermitage, starts with us in a matter of weeks.  He will need to fully own the timetable, and I want him to have his first month to ‘kick the tyres’ of the detailed project plan and timings behind these headline dates.  I would therefore aim for this indicative timetable to be made more solid by the end of July – and obviously I hope that isn’t going to lead to any further material changes.”