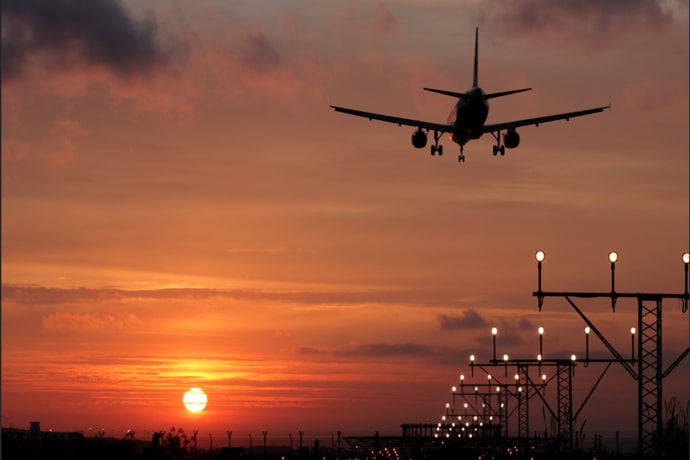 Having settled MAG’s legal expenses to the tune of £2.1m UDC’s painful experience of opposing expansion at Stansted Airport has come to an end. Manchester Airport Group (MAG, which purchased Stansted in 2013) won its appeal of the decision to refuse expansion and now has a green light to increase annual passenger numbers by 53% over its 2019 pre-Covid record high of 28m. The airport’s new maximum permitted throughput is 43m passengers per annum, roughly the size of Gatwick today.

The outcome was a stinging – and some predicted, inevitable – loss for UDC and has prompted accusations of duplicity, incompetence, naivety and secrecy, aimed both at the previous Conservative-led administration and the present R4U leadership.

This led the council to commission an independent investigation by legal firm, Eversheds Sutherland. The report (download pdf) was published in full with no amendments and accepted by majority vote of council. The report is a ‘warts and all’ explanation of what went wrong, leading to a detailed set of actions proposed by the chief executive to improve governance and procedures and unanimously accepted by members.

Questions remain to which answers may never be obtained because the people involved have retired, moved on or simply refuse to co-operate. For instance, about the undocumented meetings between UDC and MAG, in complete breach of rules governing councils, which took place under the UDC’s Conservative-led administration. There were at least 40. Short of a court case under legal oath we will never know what was discussed.

A brief history of the expansion application

In 2017 the airport signalled it would seek expansion to 45m passengers per annum (from its then permitted limit of 35m). When it was realised that 45m would trigger a ‘major infrastructure’ examination by the Secretary of State the number was reduced to 43m thus enabling the application to be passed to UDC to handle. Quite why such a small council should be expected to cope with such a massive task continues to perplex.

In November 2018 that application was passed by the planning committee, 5-for/5-against and tipped by the chairman’s casting vote. It was highly controversial and undoubtedly played a part in the landslide shift in control from Conservatives to R4U at the May 2019 elections. One of the new administration’s first decisions was to revisit the evidence on which the vote had been made.

In January 2020, UDC’s Planning committee overturned the consent. The cross-party Planning Committee decided that new evidence on noise, air quality and the realities of climate change were sufficient to reverse the original decision. The committee pointed out that for Stansted to be allowed to grow to 43million passengers would make a mockery of Govt CO2 reduction targets (declared, but at that time not mandated) and was contrary to UDC’s own Climate Change & ecological priorities.

This triggered an appeal by MAG, the conduct of which by UDC is explored in the independent report. No sooner had the appeal hearing finished, than Govt announced carbon targets were, for the first time, to include International Aviation and Shipping emissions, casting UK airport expansion in a very different light. Had this been in force prior to the appeal it could have resulted in a different outcome.

Government has since fallen in line with one of the key recommendations made by the independent Climate Change Committee (CCC): namely a 78% reduction by 2035 of carbon emissions compared to 1990. Another key CCC recommendation is that there should be no further expansion of UK airport capacity unless and until the sector can demonstrate that it has reduced its carbon emissions sufficiently to accommodate expansion.

UDC does the right thing

The cross-party Planning Committee decided that new evidence on noise, air quality and the realities of climate change were sufficient to reverse the original decision.

The way aircraft noise is monitored in the UK “seriously underestimates” the disturbance it causes, suggests a new report, Flight Blight: the Social and Environmental Cost of Aviation Expansion, which was commissioned by Campaign to Protect Rural England (CPRE). Some European countries, such as the Netherlands, start measuring plane noise at 45 decibels (dB), as recommended by the World Health Organisation (WHO), but the UK starts at 55dB. Noise impact is logarithmic, so reducing from 55db to 45db almost halves the impact. As well as reducing the noise-reporting threshold, the report recommends the government should commission independent research into the impact of aviation noise on health.

Inhalation of ultra-fine PM2.5 particulate matter from combustion engines is linked to heart attacks and respiratory disease. An annual study by the Centre for Cities think-tank has found that more than one in 19 deaths in the UK’s cities and towns can be linked to long-term exposure to air pollution. The British Lung Foundation said the number of deaths doesn’t tell the full story in terms of the millions of people whose lives are affected on a daily basis. Particulates from aircraft engines have been detected up to 14 miles from airport runways.

Does Stansted “need” to grow to 43million passengers? There has been a mad dash by airports to ramp up their permissions and grab market share before Govt gets it act together on aviation. Stansted says huge levels of investment require certainty; but so do the people affected by the airport. Where is the certainty that their lives will not be increasingly blighted and their health compromised?

Soon after the council’s historic decision, Bristol Airport and Southampton Airport had their expansion plans turned down turned down followed by the Court of Appeal’s rejection of a third runway at Heathrow because it failed to take into account the Government’s responsibilities to meet climate change targets.

Stansted has existing permission to increase to 35million passengers per annum. Compared to the airport’s 2019 throughput of 28million that represents a 25% growth, which is exactly what the Govt’s advisory body, The Committee for Climate Change, says is the maximum sustainable level of aviation growth. So perhaps the airport’s owners should be content with what they already have.

A few facts about MAG: