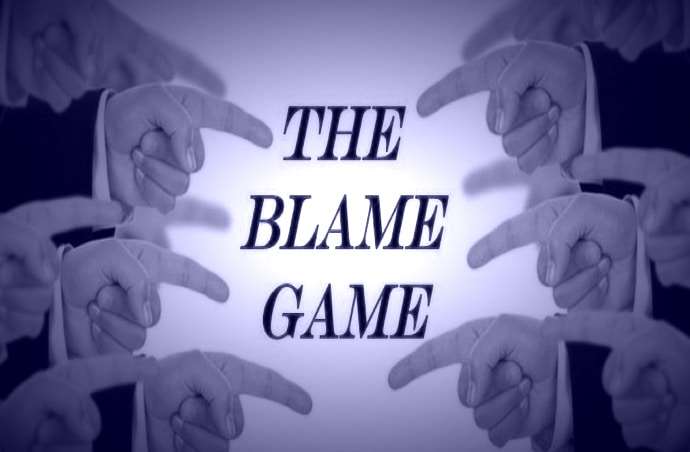 Govt is siding with developers to demonize local government and seek to deprive councils of planning powers. Meantime, instead of meaningful change Govt is preparing yet another discount scheme for market-priced housing that will benefit few people.

The LGA said that councils have been doing their part in trying to meet the housing shortage, with planning permissions for new homes almost doubled since 2013 and nine in 10 applications being approved.

Within 24 hours the Times carried a statement attributed to the Ministry of Housing, Communities and Local Government (MHCLG) that local authorities are “failing” to process around one in seven planning applications within the statutory 13-week time limit. Conversely, roughly 85% of applications ARE being processed within the required time, which is a herculean achievement in light of Govt cuts to local authority resources.

The worrying thing about this war of words is that MHCLG appears to be acting as spokesperson for the development industry. What does this say about the relationship between the ministry and developers? Is this a prelude to Govt’s much signalled planning white paper?

Councils want Government to use the white paper to give them additional powers to speed up the delivery of homes, including making it easier to compulsorily purchase land and to be able to charge developers full council tax for un-built developments from when the original planning permission expires. Whereas it would seem developers have an entirely different agenda.

The LGA’s housing spokesman said: “No one can live in a planning permission, or a half-built house where work on a site has begun but not been completed. Councils need powers to tackle our housing backlog and step in where a site with planning permission lies dormant and house building has stalled. If we are to solve our housing shortage, councils need to be able to get building again and resume their role as major builders of affordable homes.”

The big developers on the other hand will probably welcome proposals made in a paper by the think tank, Policy Exchange. “Rethinking the Planning System for the 21st Century” does a great job of explaining the historical anomalies of the planning system but the solutions it proposes are developer-centric and reduce local government control.

Lets hope Boris Johnson gets to the grips with the housing supply crisis and cuts the umbilical tying central Government to landowners and developers. For the past 10 years, instead of fixing the fundamental problems of land supply and land value capture, Govt has been tinkering. There have been “ambitious” targets, “bold” initiatives, “radical” policy statements, but very little effective action.

The Help-to-Buy scheme introduced in 2013 has ironically helped relatively few home seekers – an average of 30,000 a year and only those who can afford mortgage repayments. Yet it has handed huge profits to the big developers and fueled the creation of poorly-designed car-dependent housing estates.

Something is desperately wrong when Govt acts as the development industry’s marketing arm. Winding up the widely criticised Help-to-Buy has now been postponed to 2023. Meanwhile Govt is in the throes of launching another scheme called First Homes, which will provide a 30% discount on the price of a new home. Sounds great, but research indicates that in almost all parts of England someone on an average salary or lower could not afford to buy one of these new-build homes.

Another problem is the discount offered by First Home will be funded out of the proportion of developers’ profits that is supposed to go towards houses at affordable rent or through shared-ownership schemes. And while key workers, such as nurses, police and military personnel will get priority under First Home that assumes they have the money for a deposit. The Govt’s own forecast indicates the scheme when fully operational in the mid-2020s will apply to about 19,000 houses per annum. Little more than a fig leaf covering deep-rooted problems.

As a nation we are in a situation where flat-lined incomes and sky rocketing house prices mean the average family or singleton simply cannot afford to buy. Meanwhile the private and often over-priced rental sector is booming.

The need for social housing

When Govt originally announced its 300,000 per year house building target, Prof Michael Oxley, director of the Cambridge Centre for Housing and Planning Research, said “for the impact on affordability to be significant, a very large number of the extra dwellings would have to be social dwellings supplied by housing associations or local authorities.”

Recently former Conservative Cabinet minister David Davis and 27 other Conservative MPs urged Govt to take serious action to build more social housing, saying “If our policies simply continue to provide only expensive new-builds for the already well-off, and almost unaffordable rents for the rest, then people will lose their trust in the Conservative Party.”

In an attempt to increase supply the Govt has something called the Shared Ownership and Affordable Homes Programme, administered by Homes England, which is providing £2 billion in the period 2016-2021. The fund is intended for developers, housing associations and local authorities but just 4% of the homes completed so far under the programme are for social rent. So, as with First Homes, the bias towards market-led ownership continues.

As a starting point Govt must redress the inequity that gives landowners all the value gain accruing when residential planning permission is granted. A hectare of land can go from being worth £20,000 to £2million. Local authorities then have to negotiate to get some of it back. There are commentators who argue for a 50-50 split of the gain between landowner and local authority; others say that the whole uplift in value should be retained for the benefit of the community to tackle the housing crisis, to fund infrastructure not only inside a development but in a wider area, and to ensure that all new development is built to a high eco-standard, preferably net carbon zero.

At the moment we have landowners making massive windfall gains and developers creating poorly designed urban sprawl across the countryside. In many cases the protagonists are one and the same.

It requires Govt to think the unthinkable: powers for local authorities to compulsorily purchase land and to establish development corporations so that the building industry builds while local authorities plan and deliver what their areas genuinely need. This would also open the market to small and medium-sized builders, who for the most part design with greater sympathy to local needs and build to higher standards. In recent years they have been closed out by the large firms.