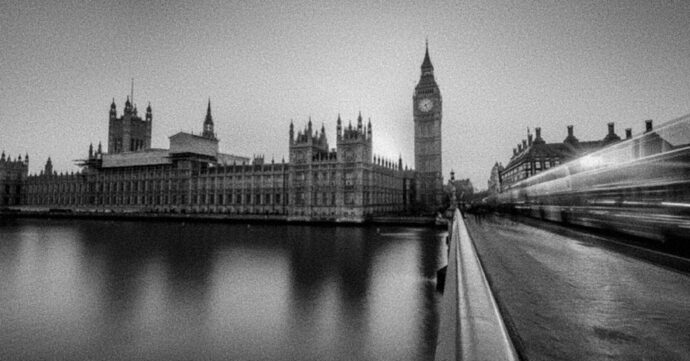 All change in housing policy? Peter Franklin argues that the new housing minister is the only man who can save the Conservative party from extinction.

An article by Peter Franklin, published in Unherd 21/09/21

Boris Johnson has placed the fate of the entire Government and the Tory party’s future in the hands of Michael Gove. In his new role as Secretary of State of Levelling Up, Housing and Communities, the longest serving member of the Cabinet now has its most important job.

In the short term, there’s the next election — which will be won or lost in the former Red Wall. If the Government doesn’t make some progress with the levelling-up agenda it promised new blue voters, it may well face defeat. In the long term, it is facing extinction. Younger voters don’t vote Tory — and show few signs of doing so as they get older. And who can blame them? If you exclude an entire generation from home ownership, then they won’t become Conservatives.

So levelling-up and solving the housing crisis are top priorities — and Gove is now responsible for both, although the latter in particular might be considered a poisoned chalice. A few years back, when his department was called something else, I did a stint as a lowly speechwriter. Every morning I’d walk past a wall of portraits — framed photographs of the men and women who used to do Gove’s job — and the thing that struck me was the turnover, most of them only spending a year or two before the impossible job got to them. In the last five years, four more portraits have been nailed to that wall. Greg Clark (who I worked for), Sajid Javid, James Brokenshire and Robert Jenrick — they’ve all been and gone, while the average house price to earnings ratio has continued to rise and rise.

Gove’s first problem, like that of his doomed predecessors, is that most of the important decisions are made elsewhere — principally Downing Street and the Treasury — and the people making the decisions often haven’t got a clue what they’re doing.

The Treasury, for instance, has just blown the best part of £5 billion on a stamp duty “holiday” that wasn’t needed. They did this because they thought that Covid would crash the property market when, in fact, the exact opposite happened — another win for economics experts! House prices have in fact surged — and not because of the tax break. We could have built a lot of social housing with that sum, and made at least some inroad into a queue of over one million households waiting for a property.

But after eleven years of not solving the housing crisis, I wonder if this Government even understands what it is anyway. Typically, it’s presented as a problem of supply — i.e. we’re not building enough houses. But much more to the point, it’s a crisis of affordability — i.e. house prices and rents are too high. Unless prices fall — or at least stay still long enough for wages to catch up — then building more houses won’t solve the problem.

Same difference, you might think — by building more homes we’ll bring prices down. Except that’s not what the Government wants to happen. More houses, yes — but ministers are too afraid of the Daily Telegraph to actually call for lower prices, which would be disastrous for the electoral core support of the party. And in case you were wondering, we can have one without the other. As long as any extra supply is outstripped by increased demand — especially from professional property investors — then we can continue to build while prices continue to go up. This is how property booms work.

Absurdly, we still view rising house prices as a measure of prosperity, when in reality, it’s a vicious form of inflation that hurts the poorest and sucks value from the productive parts of the economy. It doesn’t even help ordinary homeowners, not unless they’re planning to downsize, and the only winners turn out to be landowners. That’s not just a few lucky farmers, but all those involved in the control of the land supply, including developers, consultants, lawyers and financiers: there’s a huge vested interest in not solving the housing crisis.

When he was Secretary of State for Education, Michael Gove famously took on “the blob” — the forces in the education establishment who didn’t want his reforms to succeed, because it suited them.

But the education blob has got nothing on its housing equivalent. The former was ideological, and almost entirely Left-wing, which makes it easier for a Tory government to challenge. Not so the housing blob — also known as the “the landed interest” — which has infested the Conservative Party for centuries. Being within the party itself, but working against the party’s long-term interests, it is a far more powerful and persistent lobby.

Gove, of all people, should also be wary of “experts” who say that they know best, but who keep getting it wrong — and on this issue they’ve been getting it wrong for years. Thanks to their influence, we’ve had bill after bill bashing away at the planning system as if it were the big obstacle, under the enduring myth that we don’t build enough houses because councils won’t allow them to be built. Yet that theory doesn’t square with the massive backlog of unused planning permissions. We have the building sites, so where are the houses?

It’s as if the bottleneck lies elsewhere, which of course it does. It’s not council planning officers who control the rate at which permitted land is turned into actual houses, but the big developers. Having purchased the land on which they say they want to build, they’d lose money if its value fell. So, they’ve got every incentive to ration supply to local housing markets. Whether you want to call this “land banking” or go in for some fancier explanation doesn’t matter, since it boils down to the same thing.

But there is a solution. In many other countries, the state supplies the land along with the planning permission. Under this system, a local or national agency would purchase a site, put in the basic infrastructure, and then sell it off as ready-to-build plots to those who intend to live there. Building firms, large and small, would still bid for the construction work, but they’d have no involvement in the buying and selling of the land — and so they’d have no incentive or ability to ration its supply.

We also need action on the demand side. Aspiring homeowners have to compete with buy-to-let landlords, absentee foreign investors and now major financial institutions. Even to people who believe in the free market, this cannot be right. A house should be a home, not an investment product.

If the Chancellor wants to raise some more revenue, then he should whack up taxes on property speculation instead of jobs. And if Rishi Sunak won’t act, then Michael Gove could do so, by using the planning system under his control. For instance, he could make at least 80% of new planning permissions conditional on owner-occupation — and charge fat planning fees on the rest.

This would require new legislation, but Gove should welcome that. He’s just inherited a planning bill whose main provisions are now dead in the water. Wisely, he’s “paused” these reforms, but before scrapping them all together, he’ll need something better to put in their place.

I’d recommend a radical programme to end land banking by the big developers and to push speculation out of the housing sector. Obviously, this is interfering in the marketplace, biasing the whole system towards aspiring homeowners. But so what? If the Conservative Party has to choose between ideological purity and home ownership, it’s no contest.

Without change we’re heading to a very different future — in which the landlord class further takes over our housing stock and owner-occupation goes into free fall, especially in the larger cities where most of the jobs are. This is the new road to serfdom — and serfs don’t vote Tory.

Peter Franklin is Associate Editor of UnHerd. He was previously a policy advisor and speechwriter on environmental and social issues.