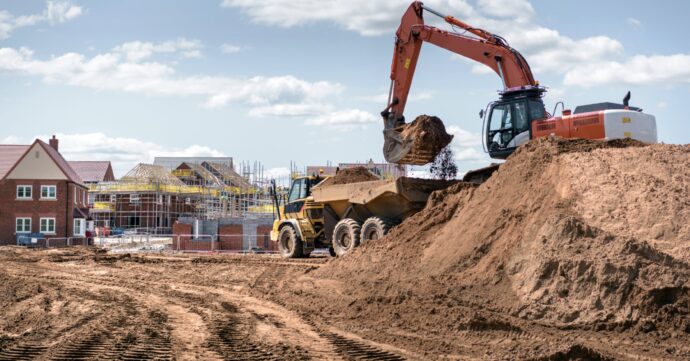 Does the law of supply and demand apply to housing? In other words, will building more houses and flats bring down prices? There is a growing economic consensus that the surprising, and rather counter-intuitive, answer is: not to any significant extent. It is a conclusion that has revolutionary implications for housing policy, and what we need to do to help people realise their dream of owning their own home.

Ian Mulheirn, chief economist at the Tony Blair Institute, concluded in a recent paper for the UK Collaborative Centre for Housing Evidence:

‘The large body of literature on the responsiveness of house prices to supply indicates that even building 300,000 houses per year for 20 years would do little to reverse the price growth of the recent past. Such a strategy therefore does not offer an effective solution to the problem of high prices.’

It is not a maverick view. The Financial Times asked 88 leading economists if increasing housebuilding would lead to a fall in prices – not one of them responded positively.

In fact, it is estimated that building 300,000 houses a year for 20 years would only lead to a reduction in prices of between seven per cent and 13 per cent, all other things being equal. But other things aren’t equal, and other things drown out that effect. UK house prices have risen by 160 per cent in the last twenty years, so even if we embark on two decades of sustained high level housebuilding, it would have little real impact on affordability for first time buyers.

There are two main reasons that the simple idea that building more houses will make them more affordable doesn’t hold true. The first is that the primary market in new build houses is drowned out by the vast secondary market in the existing housing stock. Even if we build 300,000 homes a year, that is only one per cent of the 28.1 million homes that already exist, and so cannot really affect their prices.

The second is that it is a market largely driven by financing costs. Most homebuyers need mortgages to pay for their home, and so it is the cost and availability of mortgages that determine how much they can afford to pay. In fact, mortgage rates have dropped by 75 per cent since 1996, from an average of eight per cent to two per cent, and house prices have risen accordingly. The cost of capital is primarily driven by interest rates, but it also driven by taxes and expectations of future house price growth.

The idea that building more houses can make them more affordable is underpinned by a basic, and disprovable, fallacy: that we have for decades not built enough new homes to keep up with the number of new households, leading to a national housing shortage. This is just statistically not true. Since 1996, the English housing stock has grown by 168,000 units per year on average, while growth in the number of households has averaged 147,000 per year.

As a result, the national surplus of households has almost doubled: in 1996, there were 660,000 more dwellings than households, but that had increased to 1.1 million in 2018. If there was a growing shortage of housing, you would expect rents to increase faster than earnings, but actually rents have grown slower than earnings over the last 20 years. What has in fact happened is that the average number of people in a household has drifted down (although is now drifting up again), and the average size of a home has increased.

All this means that to get homeownership rates up, we don’t need sustained high level housebuilding. Rather, we need policies that help first time buyers, such as the stamp duty exemption that the government has introduced, and the higher levels of stamp duty imposed on those buying houses for investment (which I long campaigned for). We also need more homes that are attractive for pensioners to downsize into.

This is not just an arcane technical argument. My constituency South Cambridgeshire, where I grew up, is being rapidly transformed from a rural area to an urban one. We have three new towns being built out, and the Liberal Democrat controlled district council is now planning to build 49,000 new homes over the next twenty years, in effect doubling the size of Cambridge City. The tragedy for South Cambridgeshire residents is that concreting over their countryside will do little to raise rates of homeownership.

WRITTEN BY Anthony Browne MP, chair of the All-Party Parliamentary Group on the Environment. He is a former Europe correspondent at the Times and environment editor at the Observer. He is now MP for South Cambridgeshire and a member of the Treasury Select Committee.