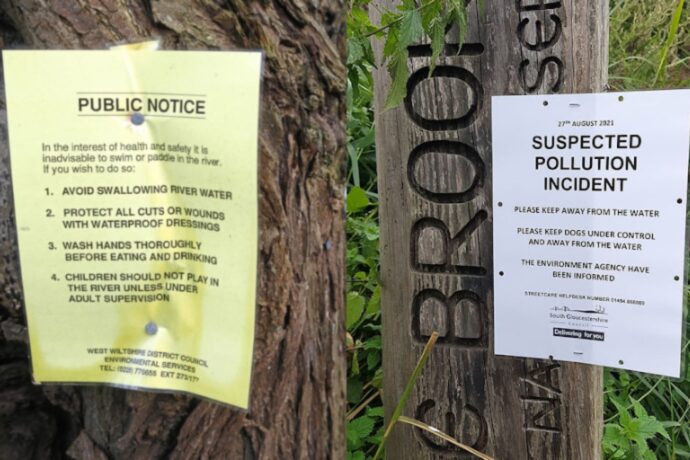 Sewage has been causing a bit of a stink in the House of Commons and not for the first time. In 1858 the river Thames was so putrid with human excrement that the Commons had to be suspended. This time the source of the stink is the defeat of an amendment to the Environment Bill that would have put a duty on water companies to reduce the frequency with which they dump raw or partially treated sewage into the rivers of England and Wales.

The amendment failed because Conservative MPs were advised by their own ministers to vote against the amendment. The principle reason apparently being that it would cost too much. It is unrealistic to expect MPs to be expert on every subject but occasionally there are topics that ministers and whips seem to completely misjudge and this was one of them.

The public do not accept that our rivers should be used as open sewers. Emergency overflows are one thing; but what happens frequently – and in some cases 24/7 – is the dumping of sewage into rivers instead of paying for upgrades to sewage treatment systems. Nor can the public understand why the water companies are making massive profits and their directors receiving sizeable salaries and bonuses for running what are licensed monopolies.

Such is the low level of trust the public has in our political machinery that defeat of the amendment quickly went viral. Individual MPs have been ‘outed’ for apparently voting in favour of allowing sewage to be discharged into rivers. In defence of many well-meaning MPs it isn’t quite as black & white as has been suggested, but it is nevertheless hard to defend the Govt’s position. The topic has been a prominent fixture on news channels and MPs were hastily issued with a crib sheet of “facts” with which to counter criticism.

So what is the reality of the situation? The first thing to bear in mind is that it is illegal to discharge sewage into watercourses other than in exceptional circumstances such as heavy rainfall when there is a real risk that the system will be overwhelmed and sewage will back-up into streets and homes. This was enacted by the The Urban Waste Water Treatment (England and Wales) Regulations 1994 as derived from an EU directive.

The European Court of Justice nine years ago declared the frequent discharge of sewage to rivers in the UK to be illegal. That judgement seems to have had little effect. In 2020 there were 403,000 recorded instances across England of untreated or partially-treated human effluent discharged into rivers. These discharges ran for more than 3 million hours (*note1). Even this massive figure is thought to grossly under-report the true extent of the problem.

The requirement of “exceptional circumstances” is being ignored by the water companies; while the Environment Agency, which should be enforcing the law, has been so disabled by budget and staff cuts that the water companies are left to police themselves.

The consequence of the Environment Bill as proposed by Govt is that the existing law will be watered-down. Here is what MPs who voted against the amendment – and thus in favour of the Govt’s proposals – have been saying by way of justification – and a commentary of what this really means.

The ‘bottom line’ in the explanation provided by Government is that it will cost too much. Apparently, to compel water companies to replace outdated sewer pipes and systems would land the taxpayer with a bill of between £150 billion and £600 billion, applied via water bills to consumers. The wide spread of this cost estimate suggests nobody has a clue (*note2). How about we simply require the water companies to comply with the law?

*note1: we originally stated 1.5million hours but a figure of 3+ million has been widely published in the press coverage of this story.

*note2: are ministers deliberately exaggerating? Industry insiders point to an analysis by the Storms Overflows Taskforce – made up of the Environment Agency, the water industry and Ofwat – in an as yet unpublished report, which suggests much more modest costings have been estimated for tackling the scourge of raw sewage discharges of £3.9bn to £62.7bn, with an impact on average water bills of between £19 and £58 a year.