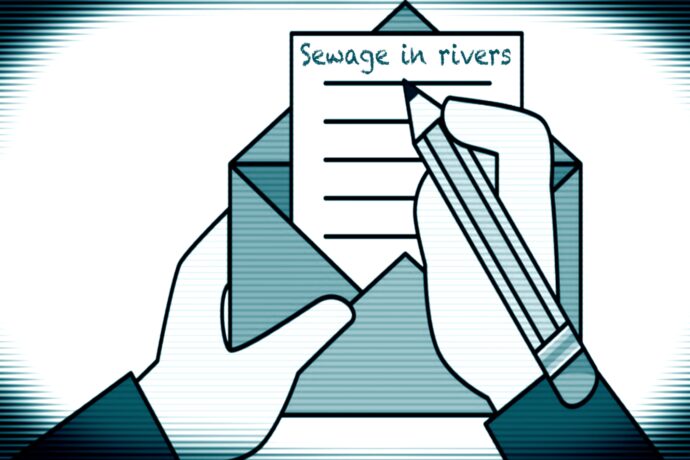 On the eve of the House of Commons vote on the Environment Bill and its provisions regarding sewage discharge to rivers, a letter to Kemi Badenoch MP, member of Parliament for Saffron Walden.

I am deeply concerned – as are millions of other people – that your party is about to make it legal for water companies to release sewage into waterways without having to evidence ‘exceptional circumstances’ which is what applies at the moment.

Most people would maintain it is NOT acceptable to release sewage into waterways as a consequence of inadequate maintenance or to cover for a lack of investment to handle increased volumes. Yet that is what is happening somewhere in the country every day of the year.

During the drafting of the Environment Bill the House of Lords sought to maintain a legally enforceable basis on which to hold water companies to account, namely a “duty on sewage undertakers to take all reasonable steps to ensure untreated sewage is not discharged from storm overflows.” Your party defeated this amendment and then issued spurious figures about the likely cost burden on households of fixing storm overflows. This kind of scaremongering does you no credit.

As a result of widespread public disquiet, Govt is now proposing an amended provision, which requires sewage undertakers to “secure a progressive reduction in the adverse impact of discharges from storm overflows.” Note: there is no obligation to reduce the volume or frequency of discharges only the nebulous requirement to “reduce adverse impact.”

In effect, this makes it legal to discharge sewage to waterways on a scale that is presently illegal.

Your party criticised the House of Lords amendment for not providing a timeline or measurable goals and yet Govt provisions in the Environment Bill offer no timetable nor any specification of what “reduced impact” means or how it is to be measured; and there are no consequences for the water companies if they fail to achieve a reduction. The only absolute requirement in the Environment Bill is for Govt to produce by September 2022 a cost/benefit analysis and timetable of improvements to sewage systems.

So, there is a plan to produce a plan (Sir Humphrey would be proud). There are other provisions within the bill but they do little to address the core issue except to measure the true extent of the problem, which is likely to be vastly greater than is self-reported by the water companies.

This leaves one simple question: why is Govt determined to remove a legally enforceable obligation? Removing the potential for legal sanction if a water company cannot evidence that it has taken “all reasonable steps to ensure untreated sewage is not discharged from storm overflows” benefits the shareholders of the water companies while doing nothing to reduce the massive ecological damage and health risks arising from sewage discharged to the nation’s rivers.

I sincerely hope you will support the House of Lords amendment and thereby respect the wishes of the vast majority of your constituents, who are appalled at the way our rivers are being polluted. We cannot accept that Govt is prepared to go easy on the water companies.

Thank you for taking the time to contact me about the Environment Bill, in particular storm overflows and sewage.

I did not vote in favour of the Duke of Wellington’s amendment. While this was well-intentioned, it would have required an overhaul of the sewage system. Not only would this have been extremely costly, but it would also have caused significant disruption for homes, businesses, and infrastructure, in Saffron Walden and across the country. The Government’s amendment sets out to achieve the same goal in a more achievable manner.

You can read more about the positive changes the Environment Act brings here: https://www.gov.uk/government/news/environment-bill-further-strengthened-to-tackle-storm-overflows

Thank you once again for taking the time to contact me.