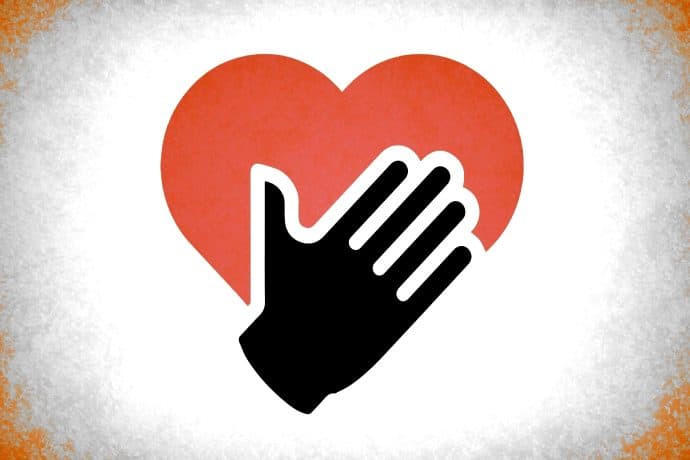 HON•ES•TY: adherence to the facts; implying a refusal to lie or deceive.

Uttlesford residents recently received a Conservative party mailer entitled Uttlesford Matters. Indeed it does, now more than ever. But so too does honesty, which is notably missing from this document.

At a time when the nation desperately needs a steadier, more considered, open and honest approach to politics, the Constituency Conservative party embarks on a campaign of half truths and deliberate misrepresentation that would impress Donald Trump. They also claim “Democracy Matters.” But clearly it doesn’t if you are prepared to manipulate the truth and throw integrity to the wind.

It is not our job to defend Residents For Uttlesford (R4U), however the sheer scale of deceit utilised by the Conservatives to try and damage the incumbent administration demands a response. Here are just a few of many examples:

The former Conservative leader of the council is still in denial about the failure of the third Conservative attempt to create a Local Plan and its £6m cost. He claims it “could have been fixed.” That was not the opinion of the Govt Planning Inspectors, who said “we are of the view that withdrawal of the plan from examination is likely to be the most appropriate option.” A polite way of saying it doesn’t work.

That same former Conservative leader frets about being at the mercy of developers. Yes, that is a major concern; but let’s not forget that the rules which enable developers to run roughshod over communities are the invention of a Conservative party substantially funded by landowners and developers who wield an unhealthy influence over government policy. Funny how that never gets mentioned.

It is also deeply ironic that the constraints applied by central Govt on the council’s planning function are largely the result of poor performance during the Conservatives’ term of office. Something else that doesn’t get a mention. In rugby parlance it would be called a ‘hospital pass’.

“If the shoutiness, coarseness and malice of the Brexit era continues to be the normality of politics, the 2020s will be seen as a wasted decade and the pessimism will deepen.” Peter Hennessy, historian and specialist in British government.

“Our country is facing economic and strategic threats as great as any I have seen in my lifetime…… we [Conservative MPs] have appeared incompetent, tin-eared and obsessed with our party’s prospects at the very time millions of households are worried sick about how to meet their bills for food, fuel and housing.” David Lidington, former Conservative MP and senior minister

When the new administration took over they fulfilled a manifesto pledge to revisit the consent for Stansted expansion. It was later withdrawn with the support of all parties at the Council. However, that set in train a legal battle with the airport which the Council lost. A hard and expensive lesson.

In commenting about this the leaflet says “Conservatives see planning as a quasi-judicial process and will respect the law.” Would that include abiding by the rules regarding meetings with applicants? Would the former council leader care to explain the forty undocumented meetings with Manchester Airport Group (owners of Stansted), what was discussed and how it influenced the outcome of the Conservative majority’s decision to grant consent for the expansion?” So far there has been a stony silence.

Then there is the headline claim: spending spree pushes up taxes. Yes, council tax has increased but it has little to do with spending. The main reason has been to offset manipulation of the Council’s finances by earlier Conservative administrations, which used every possible mechanism to keep council tax artificially low, even cutting the tax ahead of elections. You cannot do that repeatedly without it having consequences, in this case locking-in an annual £1m shortfall of council tax receipts.

The leaflet delights in pointing to the financial meltdown of other councils as though it has some relevance to Uttlesford. There is no comparison. It has no more relevance than mentioning the £470 million hole in Thurrock Council caused by dodgy funding of solar farms, or the impending bankruptcy of Kent and Surrey county councils, or the £119m shortfall faced by Essex County Council in 2025. All of which are Conservative controlled councils.

Of course, what is not revealed is the complacency and mismanagement that pervaded UDC during Conservative rule. In a monstrous example of gaslighting, the current R4U administration is blamed for failures in gas & electrical safety checks of social housing that occurred when the Conservatives were in charge; so bad in fact, that when the scale of the neglect was discovered by the new chief executive he had to immediately inform the Housing Ombudsman. Why did the Conservatives neglect the safety of council tenants?

The leaflet also assigns responsibility to the UDC administration for the failings of Essex County Council: for instance, reduced rural bus services and the shocking state of our roads. These are exclusively the responsibility of the Conservative-controlled County Council.

ECONOMICAL WITH THE TRUTH

Why does the author feel the need to lie when simple facts can be checked? For example, about the time available for public participation at Planning Committee meetings, which is considerably better now than when the Conservatives were in charge. And using Covid restrictions which no longer apply as an indication of “attempts to restrict debate.” This is totally untrue. Similarly claiming that UDC is unique in struggling to recruit planning officers. It is well documented there is a nationwide shortage affecting all planning authorities.

The scale of dishonesty is the product of a once great party in terminal decline, so divided it is has no sense of purpose except to cling to power. What’s more, there is an arrogant and delusional subtext to the leaflet: that the party that has destroyed the nation’s wealth over the past decade is somehow to be trusted to run Uttlesford.

Organisations such as fullfact.org try to hold political figures and corporations to account for their less-than-honest claims. Private Eye magazine also does a good job of pricking egos and calling out dishonesty. But they seem to be fighting an endless, uphill battle.

When reviewing the outcome of the 2019 local elections we said there was a pressing need for change at UDC. Just about everything in Essex was blue. Westminster seats were (and still are) exclusively held by Conservatives, as is control of Essex County Council and the political disposition of many of the district and borough councils. Sadly it gave rise to a giant echo chamber and a huge amount of complacency.

Let’s not forget that the Conservative party was comprehensively beaten by R4U. That massive vote for local democracy and against Westminster tribalism has to be respected. Yet there have repeated attempts to destabilise the R4U administration. It has been distasteful and massively time wasting but more importantly, it is an affront to democracy. As is the dishonesty now being displayed.