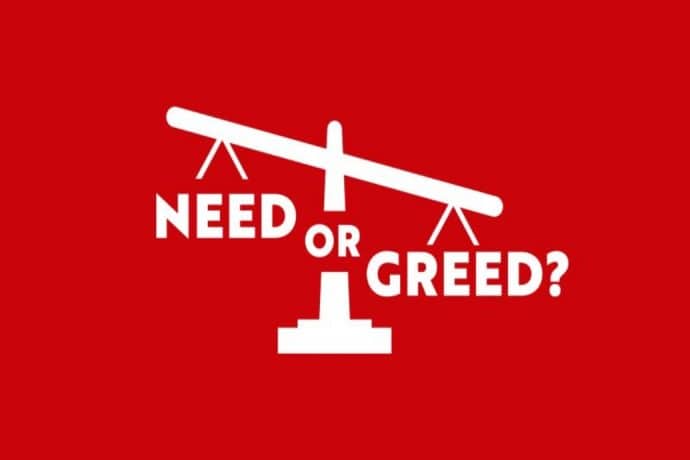 In England & Wales we have 24.8m households while there are 26.3m dwellings (ONS 2020/21). So it seems we don’t have a shortage of housing, rather we have a crisis of affordability.

The Resolution Foundation reports that even if house prices fell by 18 per cent from their 2022 peak nearly three-quarters of 25-to-34 yearold families looking for their first purchase would have neither the savings nor the earnings to be able to buy a house. Another survey found that since 2020 the average age of first time buyers has jumped by five years to 37.

Instead of addressing real need, government and the development lobby talk of meeting demand. It is not the same as humankind’s need for somewhere to live. Chasing the market to meet demand from speculators and investors has been a key factor in the escalating cost of homes.

Consider for a moment who benefits from today’s property market.

House builders have been making record profits. Land promoters, estate agents, surveyors, valuers, architects, have all done very nicely. The exchequer has been raking-in ever higher receipts through VAT and stamp duty. And bricks & mortar investors have made record gains in asset values. Property is big business. It’s what you might term the greed.

The biggest single influence on house prices has been loose money supply and low interest rates; not just in the UK, it’s a global problem. Financialisation of housing has led to higher prices and sections of the population permanently excluded from having a decent place to live.

Even if the country’s builders had the capacity to build two or three times as many homes they are not interested in deliberately over-supplying the market to bring prices down. Only the most blinkered still cling to this simplistic supply-side solution. The Bank of England admits that high house prices are determined by finance, not supply and demand.

Consider also that around two thirds of land in the UK (the raw material so to speak) is owned by fewer than 6,000 individuals, who have their right to profit enshrined in law. The enormous prices of residential land owe much to the privileges given to land owners by the Land Compensation Act of 1961 which prevents land value capture for the benefit of the wider nation. [Note: the first stage of local plan making is to ask those landowners if they would like to make some money. Nothing more strategic than that.]

And then you have the political imperative of keeping house prices high for those who already own a home, resulting in new entrants paying a massively increased proportion of their income on rent or mortgage repayments. Or they end up one of the housing benefit claimants costing the nation more than £17 billion per annum.

For 40-plus years our governments believed the market (with a little help from housing associations) would supply our housing needs. Reality has finally dawned that the market can’t, or won’t. But rather than fix the problem Govt has spent the past decade making the problem worse: tinkering; wasting money through convoluted subsidy schemes that don’t work; and seeking culprits to blame (councils, nimbys, the planning system) while all the time increasing the number of people without their own home.

If you think about it rationally, the whole system is grossly unjust. Campaign group Positive Money reports a widespread change in attitude towards financialisation of the housing market. For decades the narrative has held that rising house

prices translate into general wealth; but a growing proportion of the British public would now prefer house price growth to remain low or to stop entirely, believing the purpose of a house “should be mainly a home, not a financial asset”.

Possibly the only way to meet the need for genuinely affordable homes is for the state to directly fund and control development via councils who understand the needs of their own patch. It used to be called council housing.

The most successful housing minister of the past 80 years was the Conservative’s Harold Macmillan. He presided over a massive increase in council housing. Councils were allowed to borrow at very cheap rates in order to build houses, which would in time pay for themselves through rents. He was so good at it he became prime minister.

It just needs a pragmatic rather than idealogical approach to solving the problem. “The market” seems incapable of doing this.

For more on the subject, this opinion piece ‘Scrap Govt target’ from Inside Housing magazine (although dating back to March 2021) is perceptive.