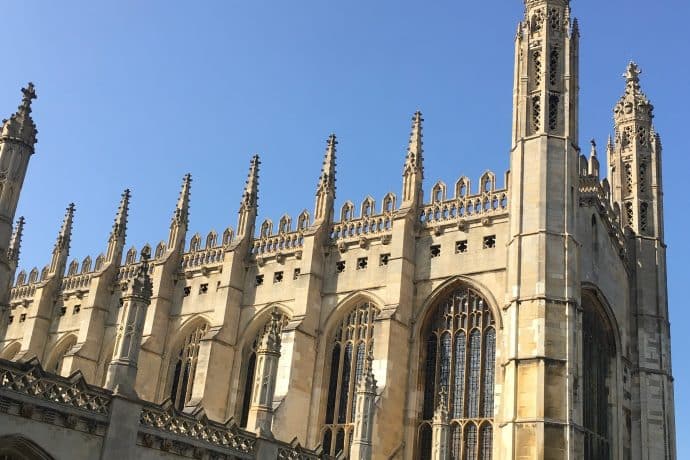 Funny place Uttlesford, intensely rural with excellent quality farming land and yet sandwiched between the global financial capital 30 miles south and the global biotech capital 10 miles due north, plus a major airport in our midst. Whatever our rural characteristics we definitely are not in the middle of nowhere.

The 18th, 19th and 20th Century industrial revolutions (steam, electricity and internal combustion engines) bypassed us, figuratively and literally. The longest stretch of motorway in the UK without a junction isn’t in the West Country or the Scottish Borders but here in Uttlesford. Likewise, the reason we have so many listed buildings is there wasn’t the development pressure as elsewhere, so things weren’t demolished.

The 21st Century, however, is very different. The threads of our current industrial revolution – globalisation, financialisation, tech and most importantly biotech (life sciences for the purists!) are potentially profound for Uttlesford, biotech especially so.

Even within the golden triangle of biotech R&D that is London, Oxford and Cambridge, it is Cambridge that has the pulling power. Lab space rental in the Cambs area is approaching £55 per sq. ft, equivalent to state-of-the art office space in London. Such is demand and the potential financial returns that plans are in process to convert the Grafton Centre in Cambridge city centre to lab/incubator space and to redevelop the light industrial units near Coldhams Lane for the same purposes. This is industrial change before your very eyes, the sort of thing witnessed in Manchester in the 1840s or Birmingham from 1850 to 1930.

All this, right here on our doorstep. Except it won’t just be on our doorstep for a number of reasons. Just across the county boundary the Wellcome Genome campus has started their expansion to add masses of lab space and 1,500 dwellings for scientists and staff. Development in and close to Cambridge is difficult because of the Cambridge Green Belt, which extends to the A505, that pushes pressure further to the south and across the boundary into Uttlesford.

We need to acknowledge this and deal with it. My view is the life sciences revolution underway promises to bring huge benefits for mankind and we are lucky to have front row seats and the attendant job opportunities. That said, it would be naive in the extreme not to realise the difficulties in managing 21st Century development on an infrastructure evolved for a 19th/20th Century rural economy: roads, water, sewage, energy, public transport are all woefully inadequate and that’s before you get to the things communities need like schools, shops and surgeries.

So what do we do? In simple terms what we need and what Richard and I will continue to push for is a robust and aggressive approach to infrastructure provision. We can’t ignore the 21st Century but we can insist it pays its way. What we need are detailed infrastructure masterplans that acknowledge the difficulties and go far beyond the flawed s106 system.

We have started in this approach. Working with Little Chesterford Parish Council and the developers at Chesterford Research Park we have achieved an innovative approach to traffic management to protect the village from increased traffic resulting from expansion of the Research Park. There will be many more development applications like this one coming forward.