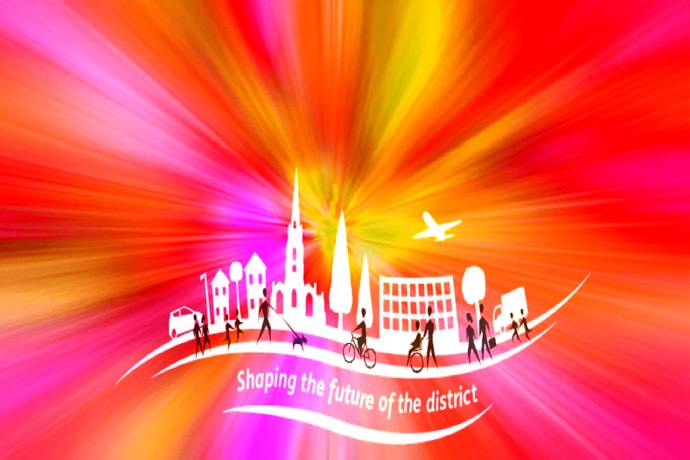 The Plan is dead. Long live the plan!

The draft Local Plan has been withdrawn and Uttlesford now has an opportunity to forge a new plan that better reflects the district’s needs and aspirations. Work will start immediately. It is likely to take at least 3 years to submit a new plan and cost up to £4million.

How did we get here?

The withdrawn draft plan had a long and chequered history culminating in rejection by the Planning Inspectorate in January 2020. There is a summary of the Inspectors’ findings at the end of this article, which can be summed up as: take it away, do it again.

The Inspectors’ opinion about the proposed new settlement adjacent to Great Chesterford  was damning. Those of us (and there were many) who questioned the wisdom of putting 5,000 houses in this location and how it risked compromising the whole plan were loudly denounced by our current and former Conservative MPs as selfish Nimbys. You have to wonder which was more selfish: a Westminster-driven campaign to try and force through a flawed Local Plan despite the consequences; or local residents pointing out the problems only to be proven right. We shall let that little gem hang in the air!

It is difficult to remain dispassionate when reading the points made in the Inspectors’ letter but it would be unfair to blame those council officers at the coalface, who have been trying to assemble a workable Plan to fit a high housing target into a geography that has minimal transport infrastructure and numerous historical and archaeological challenges. They have been starved of resources, faced with contradictory Govt policies and then at short notice told to meet an arbitrary deadline.

That said, it is a travesty that central Govt gave the council £750,000 to promote the plan and its garden communities while Great Chesterford Parish Council had to spend a large sum of residents money on legal fees to point out flaws in the plan that should have been obvious to the council.  A worrying and continuing concern is the increasing tendency of councils to submit inadequate plans and then at examination use highly paid QC’s to game the system by arguing interpretations of law and bullying Inspectors. Hopefully UDC will not do this again. It didn’t work but cost a shed load of money.

The council has a major challenge on its hands but UDC is not alone. Other councils are finding it impossible to meet Govt housing targets. There are massive challenges in building so many new houses while also complying with obligations to protect the district’s countryside, history, archaeology and our peoples’ well-being.

But we do at least have a clean sheet start that will enable Uttlesford to take a positive view of its future. A lot has changed since the old plan was started in 2011. The nation has woken up to the massive risk of damaging our environment beyond repair. Govt has belatedly woken up to the damage its economic policies are doing by skewing development towards the south east of England. And post-Coronavirus, aviation is likely to have a constrained future making Stansted airport a poor bet for the district’s future economic growth. Instead we need to be looking to high value industries and especially the pioneer businesses and research institutes of life sciences and Artificial Intelligence that are burgeoning just north of here.

A lot has been said about speculative development and predatory developers. It is true that without a Local Plan developers are at liberty to submit sites for new housing wherever they have land but that does not mean they have carte blanche to build. Each application still has to be assessed on its own merits under what the Govt terms “a presumption in favour of sustainable development.” It is not ideal and tends to give rise to what is termed “planning by appeal.” However, In 2019 UDC won 6 out of 8 appeals (with one lost and one deferred). It is by no means a foregone conclusion that developers will always win!

Brief summary of the Inspectors findings:

Other articles of interest:

Govt is siding with developers to demonize local government and seek to deprive councils of planning powers.

Why UDC’s Planning committee overturned a controversial vote made 14 months earlier to allow Stansted to grow to the size of Gatwick today.

How the EU’s Common Agricultural Policy has embedded land-ownership privileges, which in turn have distorted house prices in the UK.