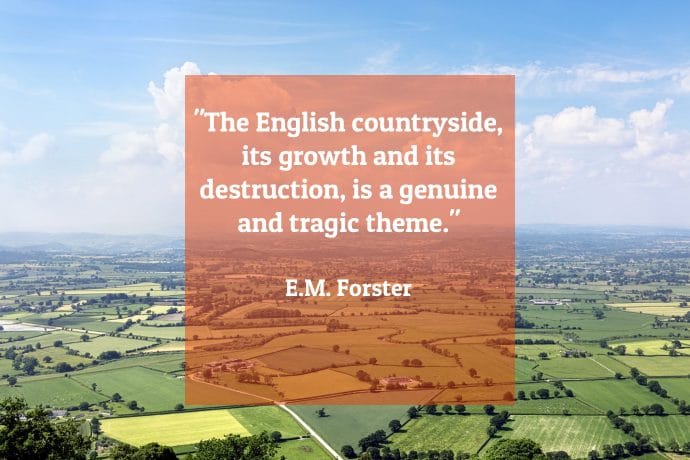 The government’s relentless push for development is destroying rural England

The following is an extract from an article dated 17th Feb 2021 by Ros Coward published in The Guardian.

What’s enabling this destruction is the national planning system, which ought to protect local communities, but now disempowers them. Planning has been hijacked by two doctrines. One is that pouring concrete will get us out of recession, the other that there’s a general housing crisis rather than an affordability crisis. Local challenges to these views are steamrollered as merely nimbyism.

Since the coalition government introduced the national planning policy framework in 2012 the planning system has increasingly favoured developers. That legislation insisted councils set housing targets but they lacked land to meet those numbers. Local authorities were forced to redefine green-belt areas as “available for development”. It was the beginning of a land grab. The Campaign to Protect Rural England states (in 2018’s The State of the Green Belt report) that since 2013 “huge amounts of greenfield land designated as green belt has been released or included in councils’ local plans”.

Robert Jenrick’s so-called planning “reforms” now go a lot further. Even after a backbench rebellion and a rethink of the algorithm used to calculate housing targets, the housing secretary still wants to impose a controversial American system of zoning along with a presumption in favour of development. The proposals are scarily anti-democratic. Housing targets will be imposed by central government and local input sidelined. Yet the housing developments championed by Jenrick do nothing to increase the number of affordable homes. Developers don’t want to build cheap starter homes. They prefer five-bedroom, low-density housing – hence the hunger for greenfield sites, especially those near beauty spots, which are massively more profitable. Meanwhile developers shun available brownfield sites that CPRE estimates could support building 1m new homes.

Boris Johnson sometimes claims to care about biodiversity and speaks of supporting nature’s recovery and protecting green belts, digressing once about families picnicking in “wild belts” amid flourishing flora and fauna. But he also loves putting on hard hats for photo ops, promoting “build, build, build” and saying he won’t let “newt counters” get in his way. If “green” Johnson was the real thing, he would insist Robert Jenrick consider planning alongside environmental ambitions. And he would push through the much delayed environment bill, which could provide a framework for joined-up thinking on the environment. Instead he presides over a tsunami of destruction.

There are glimmers of a national fightback. The nationally coordinated Transport Action Network has just challenged the transport secretary, Grant Shapps, for rejecting environmental impact assessment in his road building policy. And CPRE is coordinating other green groups to put forward a democratic, ecologically aware vision of what planning could do in a post-pandemic world. The local groups waging their lonely battles need this national cooperation if the fight against the Tories’ eco-vandalism is to succeed – we need it before it is too late.

Ros Coward is right that developers have the upper hand in our planning system, but it’s not only because they chase big profits on large houses. Here in mid-suffolk the government forces us to accept over two-and-a-half new homes for each new household in the district over the next 15 years, in the misguided view that houses are like potatoes: a glut means a lower price. There’s no way to make the developers build, so they do it very slowly, so that the market can “absorb” these houses and keep prices high. If they build slowly, the council won’t meet its targets for housing growth, so will have to grant even more planning consents – thus ballooning the value of the developers’ landholdings. It’s a win-win situation for developers, and councils can do nothing about it except hope that the next general election will bring in a government ready to reform the planning system.