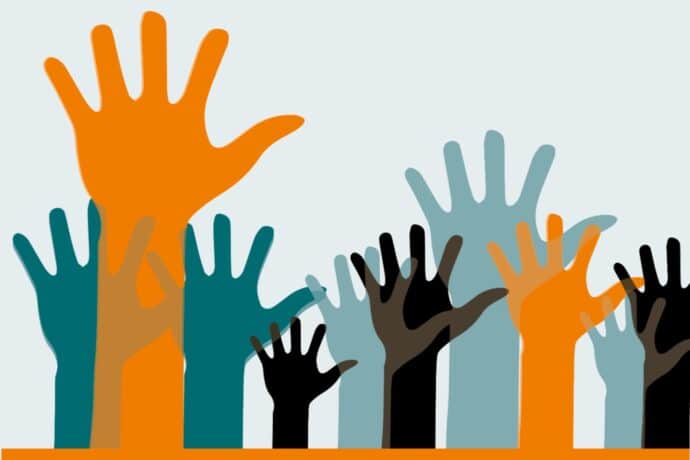 For the past decade the nation has drifted towards ever greater centralised decision-making. Since 2010, the number of central govt employees has risen 23% while local govt employment has fallen by 31%. This represents a major centralisation of government capacity. Put simply, local democracy is under threat.

Local government at its grass roots level is a vital way of keeping the democratic voice alive, but to do so councils need to be independent of Westminster party politics. Decisions must be local, not handed down from party HQ.

According to the Democracy Club there are now 167 micro political parties whose focus is on county-size or smaller areas. They range from individuals to the ultra-ambitious: the Hampshire Independents contested 46 seats at the 2021 local elections, more than any other locally-focussed party, despite only forming in 2018. For the most part these micro-parties are local people fed up with tribal politics and wanting to improve where they live (does that sound familiar?).

In just ten years the number of independent or small party councillors in local government has almost doubled to just under 14% of all local councillors in England & Wales. Says Clive Woodbridge, deputy leader of the Local Government Association (LGA) Independent group: “It reflects a trend for people locally to turn against the big parties and concentrate on local issues which matter to them. Independents are able to put people before politics better than parties. Most of them don’t have a whip so can vote according to their conscience and what matters to their residents.” But there is a risk that the rise of independents may be halted by centrally-enforced changes to local government structures.

A recent report for the LGA’s independent group warned that a move to fewer, bigger councils with more powers – a model the government recently approved for North Yorkshire, Somerset and Cumbria – would make it harder for independent voices or members of residents’ groups to get elected.

The government says areas won’t necessarily have to abolish smaller councils in favour of larger ones and any reform should be achieved through locally-led proposals. However, as reported in our previous newsletter, Conservative-controlled Essex County Council favours single-tier unitary authorities, which for Uttlesford would probably mean joining Harlow, Epping and Chelmsford in one authority and dispensing with UDC. It is a stark reality that the farther representation is removed from the grass roots, the more likely people will vote along party lines thus giving the Westminster parties an in-built advantage.

For the past 20 years there has been a relentless drive to make public services self-funding. This has gone far beyond mere cost efficiency. If it can’t pay for itself then get rid of it. Whitehall has become the definition of a cynic i.e. knowing the cost of everything and the value of nothing.

Running a rural authority invariably costs more per resident than a city council, however that is not a reason to abolish rural councils. There is a value to maintaining rural identity and way of life. If that costs a little more, so be it.

Bigger is not always better as residents of Salisbury were to discover when the creation of Wiltshire Unitary Authority in 2009 demoted the beautiful cathedral city and its surrounding district to parish status. The county’s four district councils disappeared along with their planning functions, all centralised in one authority.

The counties of Wiltshire and Essex have many similarities. Both have large rural areas and in both counties the north and south are significantly different, topographically and in population density. “The creation of a Wiltshire Unitary Authority made no sense, historically or financially,” says Former Conservative MP for Salisbury, Robert Key, who has been resident in the city for most of his life.

“Local tax went up, local administrative functions from planning to dustbins, police to local tax collection, all left Salisbury and went to Trowbridge. Our eight hundred years of City Council government was reduced to a Parish Council,” recounts Robert.

“All our planning decisions – so important to ancient communities with so much heritage to love and cherish – are now taken by 98 Wiltshire Councillors, few of whom either live in or have any real knowledge of Salisbury. Cabinet decisions are rubber stamped along Party-political lines.

“It does not work. It is not about good government. It is about counting beans and about centralising decisions and control. It is destructive and dangerous for democracy,” concludes Robert, who was MP for Salisbury from 1983 until retiring in 2010. At various times he held ministerial posts for Local Government and Inner Cities, Sport, and Roads & Traffic.

WE HAVE BEEN WARNED!

10 years on, it is interesting to revisit the thinking behind the Localism Act and how it contrasts with reality. At the time Greg Clark, Minister for Decentralisation, wrote: “For too long, central government has hoarded and concentrated power. Trying to improve people’s lives by imposing decisions, setting targets and demanding inspections from Whitehall simply doesn’t work. It creates bureaucracy. It leaves no room for adaptation to reflect local circumstances, or innovation to deliver services more effectively and at lower cost. And it leaves people feeling ‘done to’ and imposed upon – the very opposite of the sense of participation and involvement on which a healthy democracy thrives.” And the reality? Planning policy, driven by landowning interests and centrally mandated targets, has totally betrayed the principles of localism.